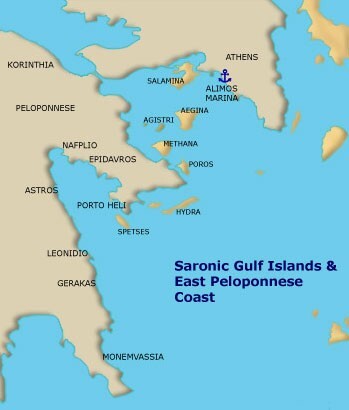 The Saronic Islands in Greece are part of the Aegean Sea and are located between the Attica peninsula and the northeastern coast of the Peloponnese. The Saronic Islands are very popular Greek islands for summer holidays and are the closest Greek islands to Athens. Crystalline water, a relaxing atmosphere and a long history are the most distinctive characteristics of Saronic Greece, each of which has a different character. The Aegean Sea can be accessed from the west around Cape Maleas or through the Corinth Canal, the most south-eastern and the most north-western. In the Saronic Gulf, sailors will encounter the largest concentration of yachts in Greece.The Saronic route to Aegina, Poros, Hydra and Spetses and to nearby ports and anchorages are popular sailing routes in Greece.